← Sufism And The Two Truths
Humanism and Religion → 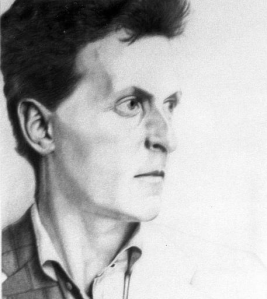 Science is a key language game. In the modern era the truths established by science have swept all before them and proponents of scientism claim that science has a monopoly on truth. However, in the post-modern era Wittgenstein’s notion of language games provides breathing space for other types of truth e.g. ethics; aesthetics; and religion.

Wittgenstein’s point is that just because scientific truth does not speak to ethical truth does not mean that ethics have disappeared, merely that they are a discrete language game that we need to play on their own terms; likewise aesthetics and religion.

If we look at W’s insight in regard to religion we can see that it negates the need for modernisation of religion, a project that has gained significant momentum since the 19th century. (NB. This doesn’t imply that religion should be fossilised, unchanging, or immune to social criticism).

Under the onslaught from scientism, religious modernisers have sought to dispense with all that is ‘superstitious’ or supernatural and metaphysical in religion (e.g. heaven, hell, angels, miracles) and place it in on a rational, scientific basis. In doing so they have made a fundamental category error, thinking that there is only one type of truth in town (scientific) when in fact there are many.

Scientific truth and religious truth have quite different characteristics and purposes: the purpose of science is to find publicly demonstrable (objective) truths that can explain physical / external phenomena; the purpose of religion is to demonstrate eternal truths to the consciousness (subjective) of individuals and groups so as to bring us to salvation / liberation. There may be little overlap between these two enterprises or language games. Note that the vast majority of people who have achieved liberation / salvation in human history have been ignorant of science and its truths.

For those of us living in the West it is impossible to revert to pre-modern, traditional Sufi perspectives. The alternatives are modern or traditionalist approaches to Sufism. Whereas modern Sufism makes significant concessions to the predominant Western, modern language games of science, rationalism and individualism, and is therefore at risk of de-naturing Sufism, I argue that the traditionalist approach need make no such concessions.

Traditionalism is highly compatible with post-modernism because it accepts that the force / truth of religion derives largely from its narrative structure, enveloping adherents in its myths, and thereby re-orienting them towards the Divine and eternal.

Moreover, a traditionalist who is conscious of post-modernism is able to participate simultaneously in multiple language games: through the force of faith and imagination they can commit themselves fully to traditional Sufi narratives / myths while also being able to participate in scientific / rationalistic language games. There may be little overlap between these games, but there may also be little conflict, depending on the context.

The difference between the post-modern traditionalist Sufi and the pre-modern traditional Sufi is the post-modern characteristic of ‘knowingness’: the ability to consciously step between narrative frameworks / language games. In the post-modern world we can be fluent in multiple language games: we don’t have to put all our eggs in one basket. The scientific language game provides some truths, the religious provides others. If we are working on medical hygiene we will use the scientific framework; if we are working on our salvation we will use the religious framework. It would be a mistake to dispense with either.

← Sufism And The Two Truths
Humanism and Religion →