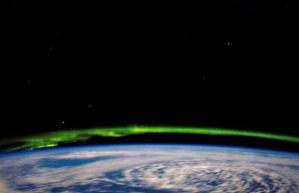 Before light there was Light –
invisible, previsible.
Moses asked to see the Light
but how could he see with eyes?
Light beyond light,
Light beyond eyes.

Light’s mercy was to create shadow
so that we might see light –
a pale, obscure, wavering reflection.

Hashim Cabrera advances Sufi metaphysics of light and colour in his book ‘Ishraq’, available for free download in Spanish via Webislam, the leading Spanish language Islamic website. I was fortunate to meet Hashim last week near Cordoba, and the following summary is based on the explanation I received from him. My poem above is inspired by Hashim’s metaphysics.

One of the 99 names of Allah is ‘Nur’ meaning Light. The absolute or pure Light which is Allah cannot be perceived directly by created beings. Moses asked if he could see Allah, but Allah did not show himself directly to Moses, instead he appeared to him via the burning bush. The flames of the burning bush were yellow, which is the first colour in which light appears to created beings, like the rays of the sun. In order to be perceived Allah created the universe, where light can appear against the darkness.

The three fundamental colours are red, black and white. In Surah Fatir verse 27 Allah (swt) says “among the mountains are streaks white and red, of varying colours and (others) very black”. A meteorite goes through three stages: it is bright white in space, burning red as it enters the atmosphere, and charred black when it comes to earth. Black, white and red also mark the three alchemical stages of nigredo, albido, and rubedo. Red contains all of the other colours in potential form. One of the Spanish words for red is ‘colorado’ which just means ‘coloured’.

The physical primary colours are blue, red and yellow. Green is not considered a physical primary colour because it is composed of blue and yellow. However, from the point of view of perception, green is a basic component of our perceptual field, as in the RGB screen palette. Hashim believes that the ambiguity of green’s status is no accident, indicating its status as the liminal colour, demarcating the physical and spiritual worlds.

The crown chakra is the mountain of emeralds, associated with the colour green and the prophet Muhammad (saws). The crown chakra is where our personal soul (nafs) and the transpersonal spirit (ruh) meet. It is where the spiritual realm transcends the physical body. Green shows this juncture or transition. Muhammad (saws) guides the way to the divine and is the summit of all the prophets. Though the absolute Light of Allah cannot exist in the created world, our eyes are lifted to behold Allah’s Beauty via the green nur of Muhammad (saws).