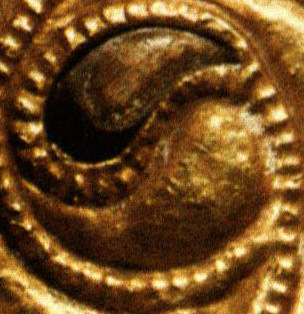 Based on the Taoist notion of Yin-Yang, I would like to introduce the idea of a ‘Yin’ constriction. (Please bear with me if you are already familiar with the basic concepts). Yin and Yang represent the two different aspects of the cosmos (similar to Jamal and Jalal in Islam). Yin and Yang have many different characteristics, which are all essentially relative, so I am not talking in absolutes here. In relation to each other, Yin is passive and Yang is active, Yin is yielding and Yang is penetrating, Yin is unstructured and Yang is structured, and Yin is soft and Yang is hard. As the popular Yin-Yang symbol suggests, cosmic balance is achieved when Yin and Yang are in balance with each other, and neither predominates overall.

Energy does not flow well if there is an unhealthy predominance of either Yin or Yang. In other words, an excess of either Yin or Yang is a constriction. A Yin constriction would occur if something is +too+ soft, +too+ unstructured, +too+ yielding. In spirituality (as with furniture) we require a combination of structure and unstructure, form and space, hardness and softness – otherwise we will end up falling on the floor. In this context the hardness means fixed points. Archimedes said “give me a fixed point and I can move the world”. If nothing is fixed them we have nothing to lever against to move through space, and we become immobile. In my opinion the ‘fixed points’ (principles) of religion should not just be criticised and dismissed as “precepts and dogma”, as then we will lose the opportunity to lever off them and gain spiritual momentum. This does not mean these principles have to be swallowed hook, line, and sinker: obviously an intelligent process of interpretation and jurisprudence is necessary.

Pushing religion at people is counter-productive – but so is pulling it away from them. Following the Buddhist example, it is important to develop equanimity (the middle way between attachment and aversion) to all phenomena including religion. The attitude of equanimity towards religion means understanding what it is, without prejudice, and making a conscious decision about how to relate to it. Certain modern, ‘spiritual’ schools express aversion to religion by focusing exclusively on the dangers of attachment to religion, ignoring the benefits of religion when practised appropriately.

Ayurveda is the traditional medicine of India, Tibet, Nepal and Sri Lanka. It is rooted in both Hinduism and Buddhism, in texts such as the Charaka Samhita and the Medicine Buddha tantra.

Ayurveda is a psycho-physical system which treats mental and bodily states as a whole. In this regard it is similar to other holistic systems such as traditional Chinese medicine (TCM). Ayurveda has much in common with TCM, but differs with regard to its founding cosmology: TCM is based on Taoist principles and uses its element structure (fire, earth, metal, water, wood). Ayurveda is based on Samkhya and Buddhist principles and uses a different element taxonomy (fire, earth, water, wind, ether). A useful book which explores these differences is ‘Tao and Dharma: Chinese Medicine and Ayurveda’ by Robert Svoboda and Arnie Lade.

Pitha, Vatha and Kapha are known as the three doshas (humours). Ayurvedic treatment works by discovering the patient’s fundamental constitution (prakruti) and then diagnosing their disease state (vikruti), which is their divergence from their fundamental constitution. An Ayurvedic doctor or practitioner will use a range of techniques to discover and diagnosis, such as asking about family history, taking the pulses, and (in the case of Tibetan Ayurveda) urine analysis.

Once the diagnosis is complete, the doctor (vaidya) will prescribe treatments such as diet, exercises, herbs, massages, and meditations to bring the patient’s constitution back into harmony. The website Ayurveda.com offers resources to help people discover their own natural constitution, and provides basic dietary advice. It is run by Dr. Vasant Lad, whose Ayurvedic textbooks and manuals are some of the best available in the English language. An entertaining introduction to Ayurveda is provided by David Crow’s book ‘In Search of the Medicine Buddha’ which recounts his travels and studies with Ayurvedic practitioners in Nepal.

In his book ‘A Guide for the Perplexed’ the economist E.F. Schumacher argues that science on its own provides a one dimensional, ‘horizontal’ view of reality, and we need faith in the metaphysical to give us a ‘vertical’ dimension — to connect us to heaven.

Faith is necessary as well as science because faith leads us from the part to the whole, enabling us to see the wood as well as the trees. Faith and imagination allow us to make the leap from atom to cosmos. Reason provides the power to analyze and dissect; faith, imagination and intuition give us the power to build a coherent whole, which is the cosmos. Belief that we live in a cosmos rather than a chaos is an essential point of faith. Belief in cosmos is belief that the universe is fundamentally good, is fundamentally in harmony. This faith needn’t be explicitly theistic — I like those Buddhist teachings, such as Chogyam Trungpa’s, which emphasise the basic goodness of the mind.

Taoism provides a useful framework to explore the ideas of cosmos and harmony. If we have faith in fundamental goodness and harmony, we can learn to discern then in many situations, and understand how those situations reflect the coherent whole. According to Taoism, all situations are microcosms, containing within them the essential elements of the cosmos (yin and yang). The Tao itself is the harmonic principle bringing meaning out of chaos, and is always present, even if hidden. For me, God is similar to the Tao. God’s jamal (beautiful) and jalal (majestic) qualities are like yin and yang.

Many scientists are in awe at the complexity and precision of the natural laws they study. However I think there is still a “glass half empty or half full?” question, and which side one comes down on depends on faith. On their own, complexity and precision are meaningless — cancer and weapons systems can also be complex and precise. So it is the question of goodness which is key. Genesis tells us that when God created the world he saw that it was good.